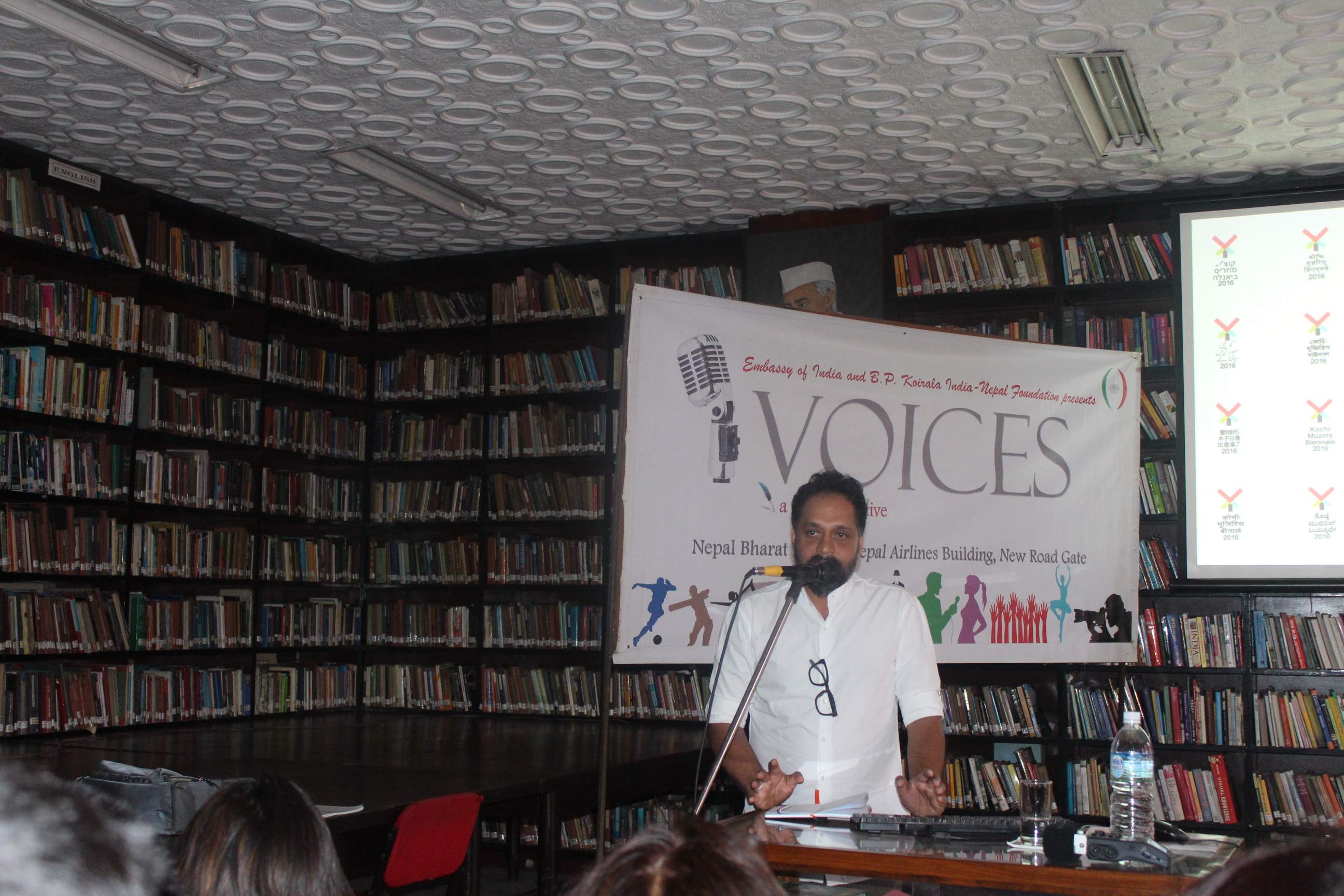 B. P. Koirala India- Nepal Foundation (BPKF), Embassy of India as part of its “VOICES” programme, organized a talk by artist/curator, Mr. Riyas Komu from Kerala. The Program was organized in collaboration with Siddhartha Art Gallery. Mr. Riyas Komu spoke about the upcoming contemporary arts' event, Kochi-Muziris Biennale to be held in Kochi, Kerala in December, 2016.  He highlighted that the Event, held with support from Government of Kerala, will go on till March, 2017 and will see participation from a number of foreign artists as well.

2. The programme was attended by Nepalese artists, curators and students. Mr. Komu held an engaging interactive session with the participants and discussed about the need for preservation of cultural heritage in South Asia.

3. The possibilities of increased Nepalese participation in Indian festivals through the BP Koirala Foundation were explored.